She Searches For Monsters To Destroy

America and the Eternal Recurrence of Unnecessary Wars

Available now at these retailers: 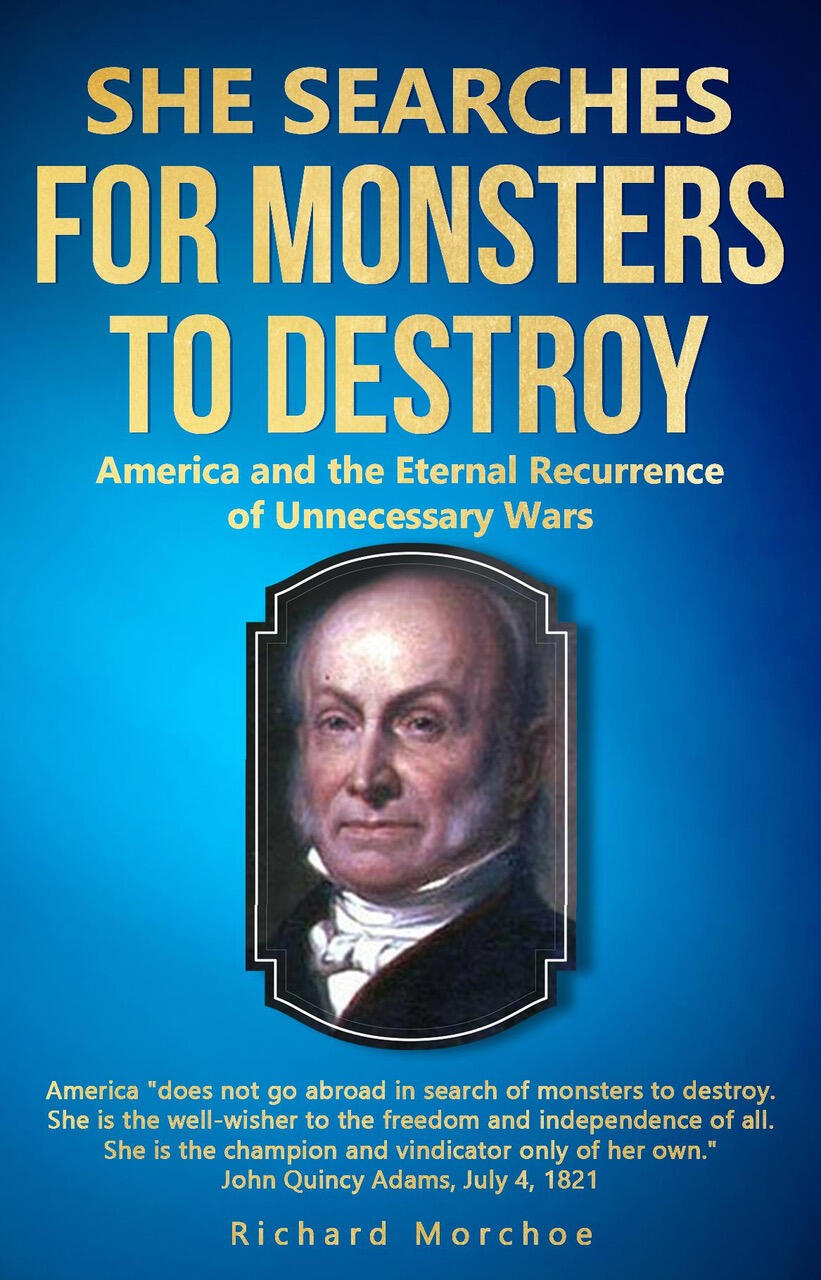 Coming Soon to These Retailers:

Richard Morchoe is the author of She Goes Abroad Looking For Monsters to Destroy. He is a baby boomer who enlisted in the army towards the end of the Vietnam War and spent his time in the American South.

Home as a civilian, he watched the televised demise of the South Vietnam state and saw it as an end of the world as we know it moment for the United States.

All the equipment and treasure spent to halt Communism was gone. The North took possession of the ordinance left behind. The money squandered amongst defense contractors and numerous other wasted accounts, had evaporated like melted snow.

Gone, all gone, but it could have been worse.

He was to re-evaluate that conclusion as time passed and he observed that we could have scored the same tie that we achieved in Korea. That would have been a debacle. Had the North agreed to a permanent cease-fire on the border, we would still have troops and planes and PXs and condom dispensing machines all over South Viet Nam. There would be brass on the border taking meetings ad infinitum with the North’s Officers. We would be forever rebuilding the South. Swiss banks would be awash in skimmed cash from all the associated boondoggles.

Ah, but that was not the case. When the last of our boys left, we were gone. We had bled buckets and lost billions, but when we finally said au revoir, it was over. We even had a measure of revenge as Hanoi had its own Vietnam in Cambodia. All the dominos did not exactly domino.

In the end, it was one of the few places we got to leave. It was almost as if we left no forwarding address and they changed their phone number.

We could forget about the place, which is more than one can say about most of the other spots we're stuck in.

As Vietnam was obviously a defeat, the question became for him, were the other wars worth it. She Goes Abroad looks at that and comes to the conclusion that for the most part, the taxpayer and serviceman do not do well, but not all classes lose.

Richard Morchoe lives in exurban Massachusetts on a bit of land with a large garden and beehives. He was until recently the regular book reviewer and columnist at the now much missed Sturbridge Times Magazine that succumbed in the pandemic.

You can find him on Substack at The Long Hill Institute.